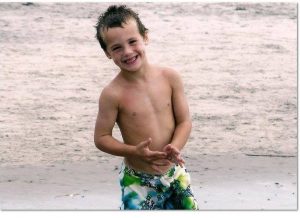 Kevin Thomas Flach was born to Denise and Dan Flach on April 6, 2004, the fourth of seven children. From the time of his birth, his mom often called him “Kevin from Heaven” as he was an easy baby with beautiful dimples and a sweet disposition. As he grew, he remained a gentle soul amidst the organized chaos of life in a big and loving family. His temperament was sweet and quiet, and he often answered questions with only a downward head tilt and a timid smile.

Although he was generally shy by nature, Kevin’s personality was transformed while on the soccer and baseball fields. He was a driven competitor who always demonstrated the desire to win. He was fiercely loyal to both the teams that he was part of, and to the Philadelphia Phillies. During baseball season, Kevin could often be found at home, curled up on the couch watching the Phillies on television with his dad and brothers, or at the ballpark, experiencing the game first hand with his mom.

Sadly, Kevin’s time on earth was cut short when, on August 26,2010, at the age of 6, he lost his life in a tragic accident. While the family and community struggled to make sense of this senseless loss, an idea was proposed to establish a foundation to assist this family and others who struggled with traumatic, life changing events. Thus, The Kevin From Heaven Foundation was born.

Since its’ inception, the KFH Foundation has worked to reach out to individuals and families, by offering both emotional and financial support to those enduring the most difficult of life circumstances. “Kevin’s Gifts” are given in the hopes of alleviating, even just a little, the worry and pain that often accompany tragedy.

As a family, a community and a Foundation, we now reach out, confident that Kevin’s death will continue to serve a higher, more important purpose. We hope that we will all be inspired to emulate Kevin’s wonderful examples of character; to be more quiet and become better listeners for those who need to talk, to be a loyal and dependable friend to someone in need, and to remain a competitive spirit and to strive to persevere under even the most difficult of circumstances. While we know, as a Foundation, that we can’t change events of the past or bring back loved ones who are missed, we hope that through reaching out to others, we can make a small difference in someone’s life. Our goal, is that perhaps, in someone’s deepest moment of despair and sorrow, that they may find comfort and inspiration in Kevin’s quiet whisper of “Keep the Phaith.” 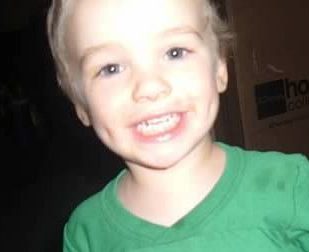 The Foundation’s mission is to honor Kevin and his parent’s wishes by providing assistance to those who are facing life altering events and who require assistance in overcoming the tremendous challenges that they face.

With our status as a registered 501c3 non-profit corporation, we are reliant upon the generosity of others to help us fulfill our mission. This means all of your donations can be declared as charitable contributions. This also means that we are eligible to receive donations via the United Way and through most employer matching programs if available to you.